What is considered to be a “late bloomer”,  Ann did not start her dancing career until she was 10 years old. The passion for dance was instant and soon what was a once a week jazz class quickly became ballet, jazz, tap, acro and pointe. She began assisting her instructor (Nancie McAuley) at the age of 12 and began teaching her own classes at 16. Over the years she gained a deeper knowledge with various instructors in Canada and the US and also achieved her certification as a dance instructor. Ann is a graduate of the  Music Theatre Program at Sheridan College where she graduated at the top of her class and won the Jo Haviland award for excellence in acting. It was at Sheridan when Ann fell in love with being on stage singing, acting and dancing. It was a natural extension to pursue a career as a performer which took her to stages in Toronto and across Ontario. Shortly after college the opportunity arose to become a co-owner in Nancie’s dance school. She jumped at the chance and with her partners changed the name to what we all know as The Studio. As if running a dance school wasn’t enough, she partnered with a few friends shortly after college and co-founded a successful theatre company that ran for 10 years doing summer stock, dinner theatre and children’s theatre. Ann is also one of the founding members of the Brampton Theatre School.   It was finally time to slow down a bit and stay closer to home. Now her children and her husband are her first love and wouldn’t have it any other way. Ann is certified as an Alixa Flexibility Training module 1, Yoga Instructor, Pilates Instructor and Red Cross First Aid/CPR.  She is also a member of I.D.E.A. International, Dance Safe Ontario, Canadian Dance Standards and The Gold Alliance.   Being present when a student achieves a goal no matter the age or level is one of the greatest privileges Ann has as a teacher.  Every class Ann instructs is always filled with challenge, fun and lots of laughter!  Ann never stops learning as a dancer and a teacher by attending various conferences and workshops and loves passing on that knowledge to her students. 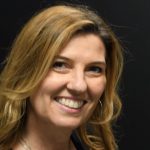 Kristi is a longtime teacher, choreographer, performer and Co-owner of The Studio. Her dance career began at Nancie’s School of Dance (now The Studio) at the age of 6. Training in Ballet, Jazz, Tap, Lyrical and Acro allows Kristi to teach a variety of styles. She has had the opportunity to learn from some of the best teachers’ throughout Canada and the United States. Always growing as a teacher allows her to educate her students further in the world of dance. Kristi loves to share her technique and the love of dance with all her students. A graduate of the Sheridan College Performing Arts program gave Kristi the challenge as a performer to act and sing in various productions. She is also the recipient of the “Maureen Shone” award for Dance Excellence. Kristi’s performing credits include working with Liza Minnelli on the movie “Steppin’ out”, performing for over 12 years throughout Canada and the US with the Viva Las Vegas show. She was in the stage production of “Sing” at Deerhurst resort in Huntsville and various summer stock productions with Kawartha Lakes.  Kristi also made a brief appearance on the Ellen DeGengeres show doing “the worm”. Kristi is a member of I.D.E.A., Dance Safe Ontario, Canadian Dance Standards, Acrobatic Arts and The Gold Alliance.  Kristi always loves to inspire, create and have fun!  Dance from the heart and Keep Smiling! 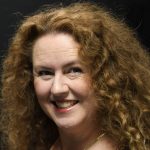 Susie’s passion for dance and love of working with people exhibits itself through her teaching and choreography. She works with all ages from 3 years old to adult. Susie believes dance is for every “body” and we should never stop learning. Inclusion, a positive mindset and celebrating every accomplishment (big or small) are high priorities in all of Susie’s classes. She enjoys helping and seeing her students succeed in everyday life, both in and out of the dance world. Susie is especially proud of her role as a wife and mother of two children – the whole family is involved in dance at The Studio.

Susie’s dance dreams began at the age of 3 when she started taking classes at Nancie’s School of Dance. At 12 years old she was diagnosed with scoliosis and underwent major corrective scoliosis surgery at the age of 15. This possible obstacle to her desire to pursue a career in dance only solidified her dedication to the art form. By 16 years old Susie was teaching classes on her own.

Susie holds a Bachelor of Fine Arts (Honours) specialized in dance. She continues to educate herself through numerous workshops and conventions in dance, business and teacher training. Susie is certified in Alixa Flexibility Training (Module One) and fully certified in Progressive Ballet Technique as well as Acrobatic Arts and Red Cross CPR/First Aid. 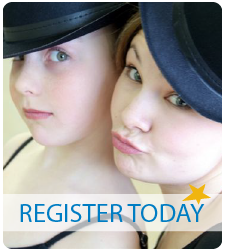