Cindy has a wealth of knowledge and experience working with this special age group.  She brings her love of children to every class. 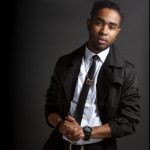 Aaron Aquino-Annobil is one of the founders of a still existing dance crew called “J La Soul” (alongside Hernani Sagra and Brandon “Bizzy” Owusu) which started in 2008, The Krump Movement called “Soul Society” and a member of Durham Underground Buckness The Krump Movement. His performance credits include: Toronto’s Elite Choreographer’s Ball, Montreal’s top Choreographers showcase “Articien”, Fever After Dark, The Beatdown Hip Hop Dance competition , The Bazaar choreographer’ showcase, World of Dance Toronto,  “What Makes a Man” with Terry Crews and Toronto native R&B singer Jully Black. Aaron has worked and choreographed for dance crews in the GTA including, the Urban Hip Hop Union, C2 Genesys, Foreal and YYZ Dance Company where they came in First Place for Upper Division at World of Dance Toronto in 2014. He has had the opportunity to work with choreographers including  So you think You Can Dance Top 20 Shavar Blackwood, Esie Mensah, Hollywood Jade, Leon Blackwood, Gadfly Founder Ofilio Sinbadinho and Apolonia Vasquez, Veteran street-style dancers and choreographers; Mariano Abarca and Pyro Chung as well as dancehall sensations Tabby Rockstar and Brandon “Bizzy” Owusu. Aaron is also an assistant choreographer for the Male Initiative directed by Shavar Blackwood and is a faculty member at the Underground Dance Centre in downtown Toronto, where he teaches all levels of hip hop. Most recently, his choreography has been showcased at The Bazaar, Fever After Dark and has helped choreographed on a full-length dance and theatre production in east coast Nova Scotia called “Chiaroscuro”. 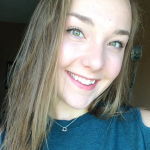 Avery started her dance career at 2 and has not stopped. Growing up at The Studio she has proved herself to be a role model and positive influence to the many younger students that she encounters either through teaching, assisting or just passing in the halls. Dance has given Avery the opportunity to travel to Germany with the Canadian National Tap Team in 2012. She was awarded a convention scholarship in New York City, and is excited to return to Disney World to dance down Main Street U.S.A.!  Avery is attending Wilfred Laurier and will be on a leave of absence during the year. 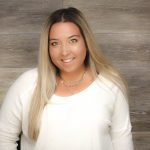 Jessica has been involved with The Studio from a very young age and has been able to experience all aspects of dance. She began dance at age 2 and  joined the competitive team at ten years old and travelled to New York, Chicago and even down Main Street USA in Disneyworld Florida. Upon graduating Mayfield SS in the dance department, she went on to Carlton University achieving her degree in Psychology. It was during that time she realized how much dance impacted her. She is thrilled to be returning to The Studio and sharing her love for dance with her students.  Jessica also completed her Acrobatic Arts level 1 certification course. 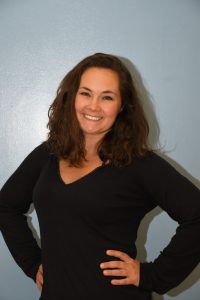 Rob Costigan has a degree in music from John Abbott College in Montreal and a BA in Theatre from the University of Toronto. Rob worked in film in Toronto while playing in rock and jazz bands and giving private music lessons. Most recently, Rob worked in Vancouver as a videographer and dance school administrator, while giving private lessons and playing in bands. Currently Rob lives in Brampton and plays in the Swing Guitar duo “Rent Party”.   Rob’s attention to detail and patience make him a great teacher of adults and children. he has a unique ability to break down obstacles into component parts that his students can understand. Rob teaches acoustic and electric guitar, ukulele and beginner piano as well as music theory, sight reading and rhythm studies. Rob is excited to meet and play with his new musical friends at The Studio. 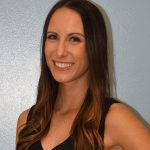 Shawna began her dance training at age 3 in Ottawa, Ontario.  Her repertoire includes tap, jazz, ballet, lyrical/contemporary & modern and has been teaching students of all ages for over 10 years.   Dancing competitively she was awarded scholarships and titles throughout Canada and the U.S. and trained with Canada’s National Ballet School.  She attended a top high school for the arts, studying modern & ballet curriculums.    Shawna went on to attend Ryerson University where she held a leadership role on the school’s dance team.  In 2017, she joined the all female professional tap company “What’s On? Tap!” under the artistic direction of Kim Chalovich. Recent credits as a performer include “Tap!” in the Eastern Canadian Tap Conference, “Tap’s In the Port” of Tapperfest, and the opportunity to be cast by Dianne Montgomery as a guest artist for Toronto Rhythm Initiative and featured in Fall for Dance North’s segment entitled “Night Shift”.  Shawna strives to inspire & challenge her students and see them reach their ultimate potential.  Being part of a student’s progression and growth is her greatest gift as a teacher.

Since the age of 3, entertainment and the arts have always been Veronica’s greatest passion when she began a full commitment to piano and dance. Veronica took part in countless years of high caliber dance competitions, master classes from idols like Mia Michaels, Mandy Moore; working along side choreographers like Nick Lazzarini and Marty Kudelka, and the completion of both RAD ballet exams up to Advanced 1 and Royal Conservatory of Music Exams to Grade 7. Since graduating high school with SHSM program, specializing in the Fine Arts with Honors, Veronica has obtained her Teachers Certificate with Dance Masters of America in Jazz, along with gaining professional experience in both choreographing and performing in shows across the GTA including the Production of “Sinner’s Lounge” at Canada’s Wonderland. Veronica demonstrates a fun and interactive learning experience in all her classes, focusing on dance technique, a dancer’s growth and performance, all while ensuring a welcoming atmosphere and looks forward to being able to share her training and knowledge with dancers this upcoming season! 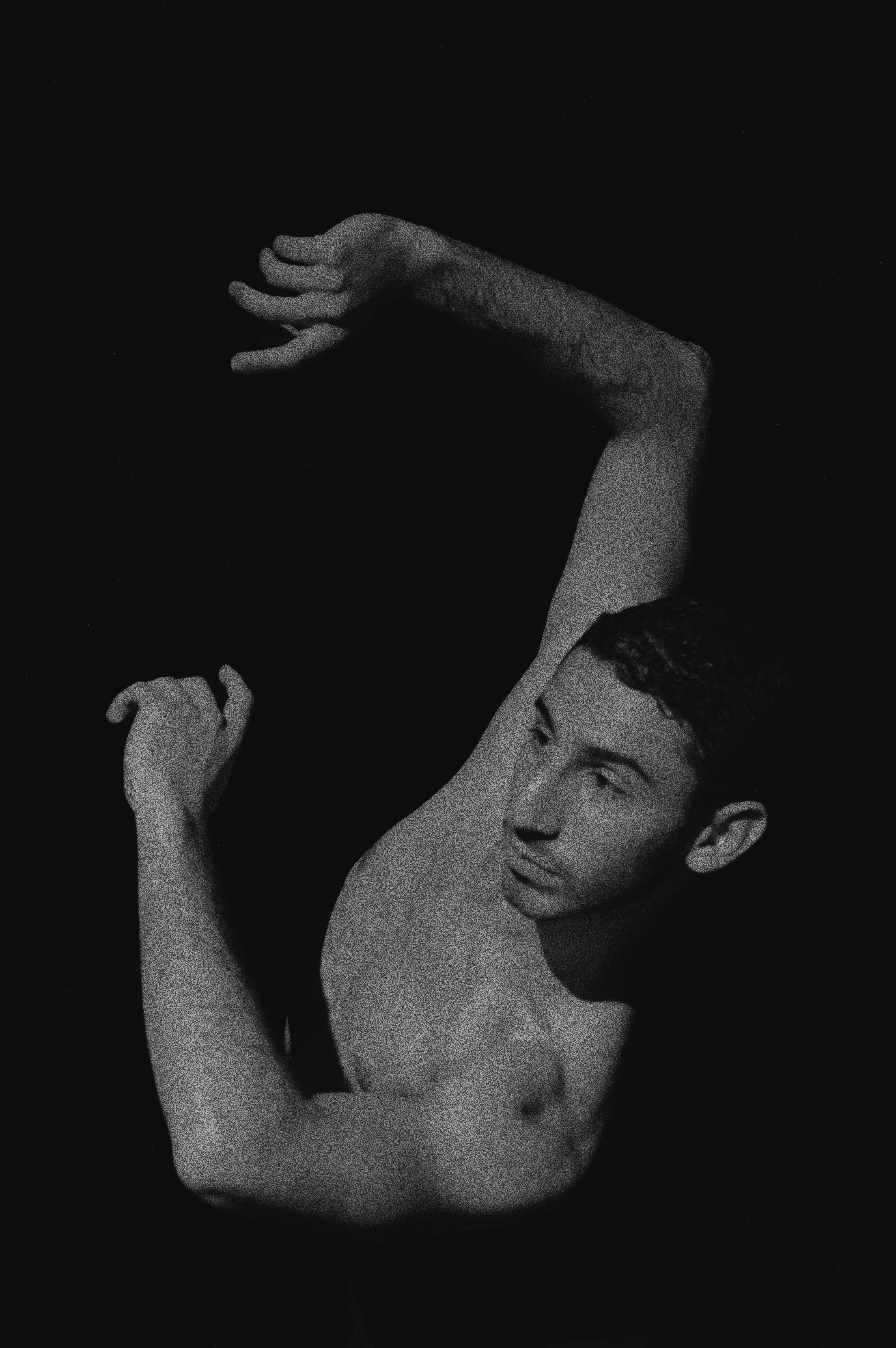 Andrew Mikhaiel, originally from Mississauga, Ontario, is a professional dancer with Les Ballets Jazz de Montreal and is currently touring nationally and internationally with the company. He earned a BFA at Marymount Manhattan College . Andrew graduated as a member of the National Dance Education Organization (NDEO) Honor Society. He has his British Association of Teachers of Dancing (B.A.T.D) certification in teaching acrobatics. He is also a faculty member for Northern Movement – The Acro Convention. While in NYC, Andrew directed and organized a dance outreach program for NYC public schools, serving 240 3rd-5th graders. He has over 8 years of teaching and choreographing experience and has taught at schools and studios across the Greater Toronto Area, Montreal, Ottawa, NYC, and Finland. Andrew enjoys working with dancers of all ages and abilities to help strengthen their technique, deepen their artistry, and fuel their passion for dance. 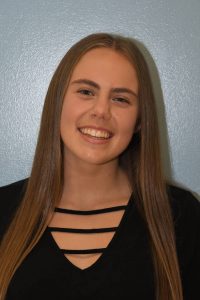 Zoey has been a student of The Studio since the age of two and has now been a part of the Studio Intensive Program (SIP) for ten years. She has been assisting classes in ballet, jazz, tap, acro, hip hop and contemporary for the past four years and is now taking charge of some of her own classes as the primary instructor. Zoey is also a student in the RAP program at Mayfield Secondary School in the dance department. She is very excited to be travelling this year to Spain to represent Canada at the World Dance Cup in the senior contemporary division. Zoey is thrilled to have the opportunity to share her passion for dance with each student she teaches.  Zoey is excited to be entering into her first year at Ryerson University in the Performance Dance program.  Zoey also completed her Acrobatic Arts level 1 certification. 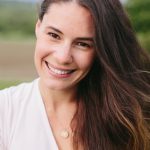 Victoria was four when she was instantly captivated by the art of Ballet. She trained for eleven years
in the B.A.T.D method at Lynn Morrison’s School of Ballet. Victoria competed for several years throughout Canada and the United States in various competitions. She also had the opportunity to dance in Scotland under fabulous teachers and choreographers like Ken Burke and Julian Moss. Victoria then trained at Sean Boutilier Academy before moving and completing her professional ballet training at The Quinte Ballet School of Canada. Victoria studied several styles of dance including Ballet (Cecchetti method), modern, contemporary, jazz and flamenco. After completing The Quinte Ballet School Program Victoria then entered the teachers training program mentored by Brian Scott. Victoria has enjoyed teaching ballet and choreographing ever since and is always excited to share her love of ballet with every student. 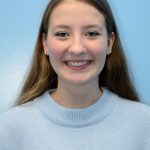 Amanda started dancing at the age of two and has never stopped. She started competing at age five. Amanda is a graduate student of Mayfield High School dance program and has been a part of The Studio for seven years. She has a passion for teaching as this is the career she wants to pursue. Amanda wants to give back all the knowledge and creativity dance has given to her throughout the years.  Amanda is entering her 2nd year at Brock University studying Concurrent Education.

Zina comes to us with a wealth of knowledge and experience. She has instructed students of all ages and abilities. Zina also prepares interested students for RCM exams in voice and piano.